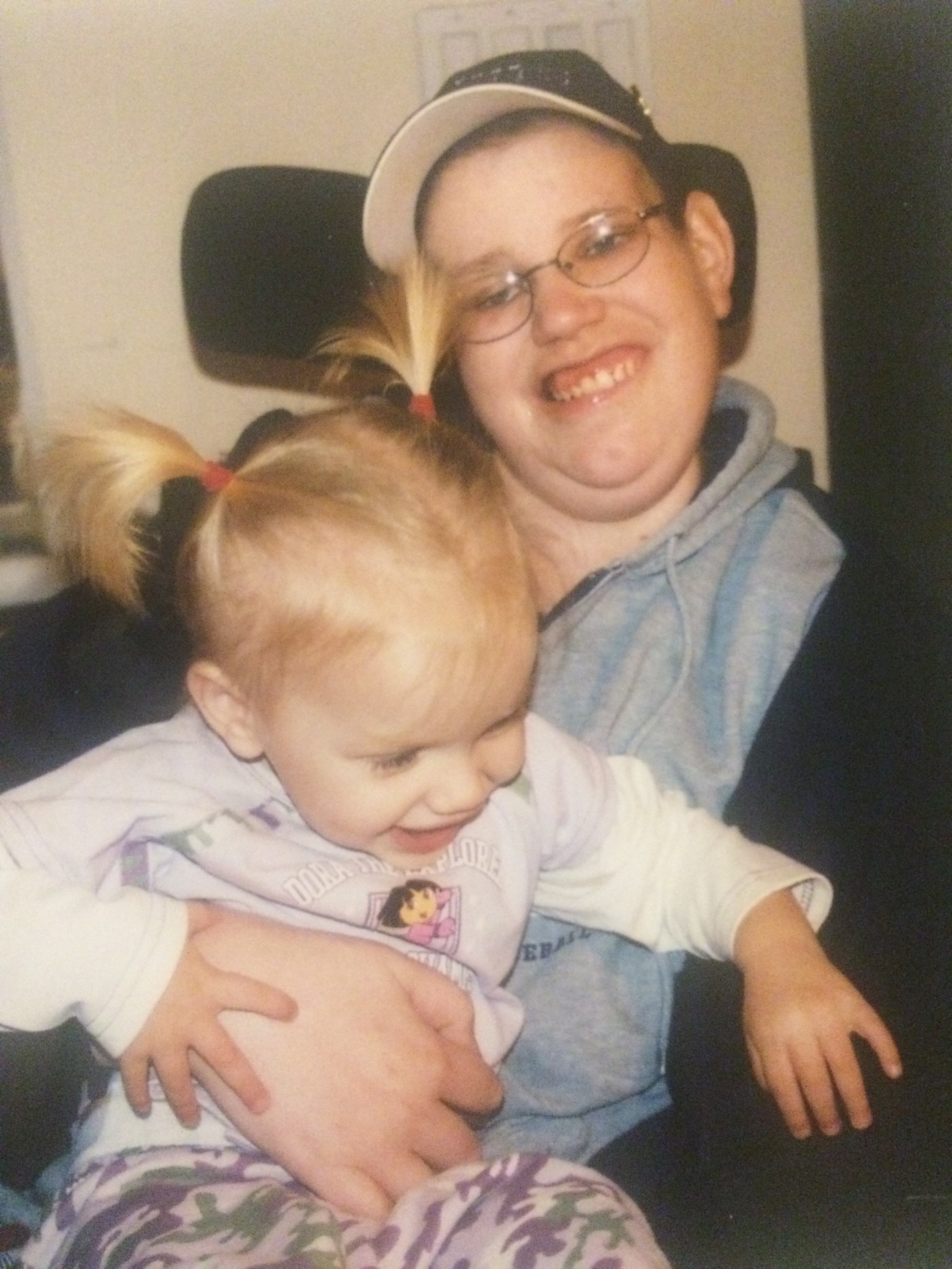 A little over 12 years ago, I read the CS Lewis book “A Grief Observed” for the first time. It was March and my husband and I went away for a few nights. My brother Chris had been very sick for a while and there was nothing to be done. After a life full of fighting, he was tired and had no fight left – he just wanted to go home. And so home he went.

I wanted to spend as much time with him as I could, stopping on my way home from work to visit. I’d bring him milkshakes, partially to try to bring a smile to his face and partially to try to help him put some weight back on. He would smile but the weight gain was never to be. When I went away in March, I knew he’d likely be gone in the next year. I was grasping at things I could hold onto but there was nothing left.

This was how I came upon “A Grief Observed,” the very raw description of the personal grief CS Lewis experienced after his wife died. As I read the book, his opening sentence “Nobody told me that grief felt so like fear” was written into the pages of my heart and has dwelled there ever since. I felt like I was reading an instruction manual, preparing me for what lie ahead for me in my journey with my brother.

A month later, Chris died. The day before his death, he was happier and more alert and I thought maybe he was getting better, something the Hospice nurses later told us often happens shortly before someone dies. But that night after I got home, my mom called me and asked me to come back because he was not doing well. I drove there and stayed up with him most of the night so she could sleep. I dozed a few times on the couch but was awoken each time by his calls. The next day, he died peacefully as much of his family stood around his bed. During his last moments, I prayed that God would bring him peace as he passed into heaven.

In the days after his death, my mind came back to my instruction manual. One thing that had struck me in the book was Lewis’s worry that he would turn his wife into some caricature of who she really was. He says:

“Thinking of the H. facts – real words, looks, laughs, and actions of hers. But it is my own mind that selects and groups them. Already less than a month after her death, I can feel the slow insidious beginning of a process that will make the H. I think of into a more and more imaginary woman. Founded on fact, no doubt. I shall put in nothing fictitious (or I hope I shan’t). But won’t the composition inevitably become more and more my own? The reality is no longer there to check me, to pull me up short, as the real H. did, so unexpectedly by being so thoroughly herself and not me.”

As I prepared a eulogy for his funeral, this worry of turning him into something that he wasn’t was in the forefront of my mind. And so, I tried to think about the multiple facets of Chris’s life, not just the ones I knew intimately. I’m sure I still missed things and didn’t do him justice, but this process of thinking about him in this way was healing to me. Below is what I ended up reading at his funeral.

These past few days have been difficult, but also enlightening. I have always realized how special my brother Chris was, but I only had a glimpse of that until this week. Chris was the kind of person who accepted people wholeheartedly and loved unconditionally. I loved the person he was to me. We fought like any brother and sister would, as did he and Danielle, but he always loved us. What I did not always realize was who he was to so many other people.

I have heard new stories about Chris. Our mother shared how easy he was to take of because Chris was a very special person with a deeper understanding of life. I was reminded of Chris’s joy in calling our father and spending time with him. Another person shared that Chris’s laugh was always her favorite laugh. Other people have reminded me of how he always loved his birthday parties at Burger King Castle. Others have spoken of his love of the environment that he shared with them and that last Friday was Earth Day, a day important to Chris. I was reminded of how creative Chris was, always trying to come up with new ideas and new ways to do things and to help people. Another person spoke of Chris’s big heart and his care for those in need and will be continuing the volunteer work Chris began at the Branford Animal Shelter. I was reminded of his love of baseball and bowling and the special relationship he had with the Challengers. I was reminded of how special Chris’s relationship was with his best friend Robert and of his love of games, whether it be UNO, Kings in the Corner, or You Lose. And I was reminded of his friendship with his dog, Butch, who died in October.

This past month, I have been concerned that Chris’s niece RoriAnne, whom he loved very much, will not remember him. What I have realized these past few days is that these stories and others I have yet to hear will allow Rori to learn how special her uncle was because Chris meant so much to so many people. He will be forever missed and forever loved for who he was and what he meant to each one of us.